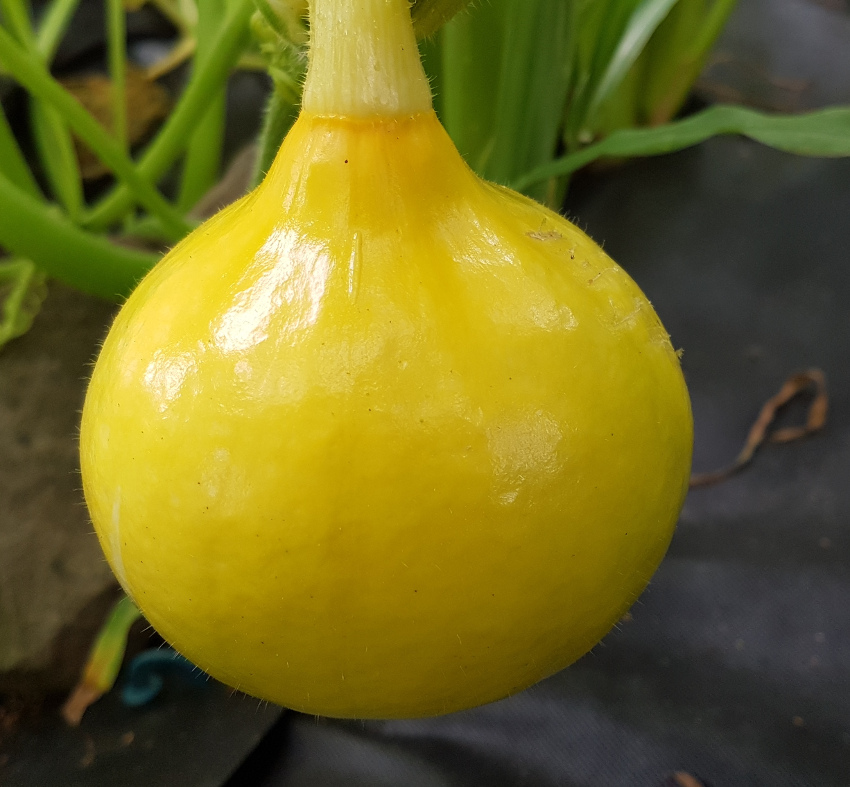 Hurray! Hello and welcome to the Cucurbitaceae family of the Genus Cucurbita (Pumpkins).

In Europe and the United States, pumpkins are the silent town criers that signal everyone that autumn is around the corner. In other parts of the world, like West Africa, a fresh bowl of sautéed egusi (pumpkin seeds) and Fluted Pumpkin leaves signify a fruitful harvest. So, no matter where you are reading from, you and I could loudly say that pumpkins rank high on the list of celebrated fruits. But why’s that so ? Is it because pumpkins are no-brainers when it comes to their cultivation ? Furthermore, where did your orange Halloween monster originate, and how can you grow them successfully in your garden ?

Just like you, I also wanted to know more about pumpkins, so let’s:

Find out about the Origin of your Natural Lanterns

How to Grow and Care for Pumpkins Successfully

Diseases and Pests associated with Pumpkins

Pumpkins and their circular, lobbed leaves, also botanically known as berries, occur in several eye-catching colors (orange, yellow, white, and sometimes dual-colored). Squashes, pumpkins, and gourds are all from the family Cucurbitaceae, but each has distinguished properties. However, it’s important to remember that almost (if not all pumpkins and squashes) are sub-classifications of Cucurbita (which is Latin for gourds). For example, the African Fluted Pumpkin isn’t a pumpkin, but a gourd … and so are many.

Find out about the Origin of your Natural Lanterns

Archaeologists tell us that your Autumn multipurpose friends are native to northeastern Mexico and the southern United States, with other exceptions like the Fluted Pumpkin, tree cucumbers, and others from West Africa grown for their greenery. Also, the indigenes of Lorma in Liberia grew this versatile fruit since the old days for edible and recreational reasons (creating a string-like instrument with the dried-out shells of pumpkins). You’ll be astonished about what you could come up with when you put on your creative pumpkin caps !

So tell me, what will your use pumpkins (leaves, seeds, and flesh) for this year?

A decorative autumn wreath might be worth giving a try.

I suggest you try sautéeing some freshly harvested pumpkin leaves in cracked, shelled, and ground pumpkin seeds. For a mouth-watering recipe, serve it with pan-fried seasoned mushrooms, onions, and rice or mashed potatoes.

If you visit a West African market and the label reads Egusi, they’re referring to pumpkin seeds. Egusi is stable in most African dishes and often serves as a soup thickener. In the United States, certain pumpkin seed varieties are called Pepitas.

Have you ever visited a local marketplace in fall and were left mesmerized by the assorted pumpkins, squashes, and gourds the farmers offered so much that you could only appease your mind by filling up your garden with some Cinderella or Hokkaido pumpkins ? If you have, you’re in the right place because after reading this article to the end, you’ll become a fit pumpkin farmer ! 😉

How to Grow and Care for Pumpkins Successfully

Plant geneticists have modified a few species of pumpkin seeds to fit the climatic conditions of temperate regions. For example, if you reside in a colder climate like me with average to warm summers, the Japanese Hokkaido Pumpkin (also known as Red Kuri) will be suitable to cultivate.

In colder climates, you need to wait until the end of May or the beginning of June before seeding the seedlings outdoors. Optionally, you can sow seeds in seedling-starter trays between March and April indoors and then transfer them to your desired location when it gets warmer outside (18°C – 20°C). I sowed my pumpkin Hokkaido seeds around mid-May, and they’re flourishing in our garden.

If you decide to grow pumpkins at home, select a location with ample sunlight while considering that proliferating pumpkin stems require space to flourish. Therefore, if you have a small garden like me, it’s better to plant your pumpkin at the edges of your high bed so that the walls serve as a trellis. Preferably, you can get or build a treillage.

On the other hand, if your garden is big enough or a traditional three-sister garden (bush beans, maize, and pumpkin) is your goal, plant seeds at the edges of your raised beds to let vines grow through the furrows effortlessly.

Pumpkins grow best in well-draining loam or sandy soils within a pH range of 6.6 to 7.0. Clay soils are a no-go for pumpkin plants because they are unpermeable and will promote soil rots. The good news is that you can amend watertight soils by combining 50% perlite with 50% soil.

The rule of thumb is to water your plants every other day and keep records of your region’s rainfall forecast. Your plants might require water consistently during sunny and rainless days. If you dwell in countries with increasingly warmer summers, it’s economical to invest in rainwater tanks to compensate for such days when your plant’s thirst is insatiable.

Water your pumpkin plants by dip irrigating them because overhead watering systems will expose leaves to prolonged wetness which might pave the way to mold or mildew growth.

When should I plant pumpkins?

Timing is everything if you wish to maximize your pumpkin harvest. My mom’s three-sister gardens comprised predominantly of pumpkins, and her planting routine always assumed this route:

A summarised guide for growing pumpkins in a tropical country

Your standard procedure might be slightly different from my mom’s if you reside in a non-tropical region, purporting that the growing season kicks off in May and June.

A summarised Guide for growing Pumpkins in a temperate Region

You can spot ready-to-breed, proud male pumpkin flowers by their relatively higher amounts of pollen in the stamens. Females have tiny fruit swellings from which the blooms emerge.

How can I tell whether my Pumpkins are ripe or not ?

Depending on the species you planted, most pumpkins require about 90 – 120 days to mature or ripen. On the other hand, a full-blown color of orange, yellow, blue, or multi-color in pumpkins provides evidence that it’s time to harvest them.

Alternatively, you can do this to check to find out whether your pumpkins are due or not:

Is there a rule I must follow when harvesting and storing Pumpkins ?

First of all, a big kudos for making it this far … 😉

The day has finally come for you to reap the fruits of your hard work, and this is what you need to keep in mind when harvesting and storing pumpkins:

Are Trellises necessary for growing Pumpkins ?

The short answer is NO … but to maximize space and prevent overcrowding, you might require one. Unlike other bush pumpkin varieties, proliferating one could easily take over your garden.

It’s a good but subjective question because it depends on the size, growth, texture, and use. However, if you want to grow a delicious and multipurpose pumpkin, then plant a Hokkaido. It’s one of the most cultivated pumpkin varieties in Europe.

Can I grow Pumpkins in Buckets or Pots ?

Yes, you can. Their care stays the same but remember to provide a pole or trellis for your pot-grown pumpkins.

Diseases and Pests associated with Pumpkins

”If wishes were horses, pigs would fly.”

Wouldn’t it be more fun to grow your pumpkins without encountering Sneaking Fungus, Rampling Insects, Snails, Aphids, and persistent bacteria seeking refuge in your stunning heirlooms ? I guess your abrupt response is a Yes. Bummer, they exist … so let’s examine ways you manage or avoid them altogether, ok ?

Unlike other delicious fungi you might enjoy, Gummy stem blight is one of many fungal diseases that infest and destroy diverse cucurbit plants. The worst-case scenario is that plants can be affected at any stage of their development. Sprouting infected seedlings always appear dark and wet, while mature leaves look somewhat water-soaked and riddled with emerging dark-tanned lesions. You’ll also notice the leaves at the base turning brown resulting in progressive necrosis. Symptoms may appear after a week, and the plant will die in the other weeks that follow.

How to manage Gummy Stem Blight

Preventive practices are the best approach to keeping your plants fungus-free, and they include:

Powdery Mildew is a well-known, easy to diagnose, but hard-to-manage asexual-producing pathogen caused by multiple fungi species in the order of Erysiphales. Often, tender growth stages of newly infested plants are almost invisible but will quickly thicken and broaden while spreading to the stems and leaves. Like most fungi species, Powdery Mildew requires warmth and humidity to thrive, which is why grow houses are their favorite habitats. They appear fragile, but their circular and dark structures enable them to survive the winter months and resurface in spring.

My first and hopefully last personal encounter with powdery mildew was with my Ficus Umbellata and English Ivy plants. The Ficus didn’t fully recover, so I had no choice but to prune down the affected leaves and stems. As for the Ivy, I decided to experiment by misting it every two weeks with diluted neem oil.

The neem oil did reduce the spread of the infection, but the discolored powdery-mildew infected leaves didn’t improve. After a few months, I noticed new leaf sprouts.

How to manage Powdery Mildew

Preventive approaches for managing Powdery Mildew are similar to those of Gummy Stem Blight, therefore it’s vital to:

How to grow sweet potatoes successfully

How to grow ginger at home easily